One of our activities today was practice speaking English at the beach.

Our Pre-Intermediate and Elementary class went to the beach this morning. This is also a great way for the students to get to know each other better. 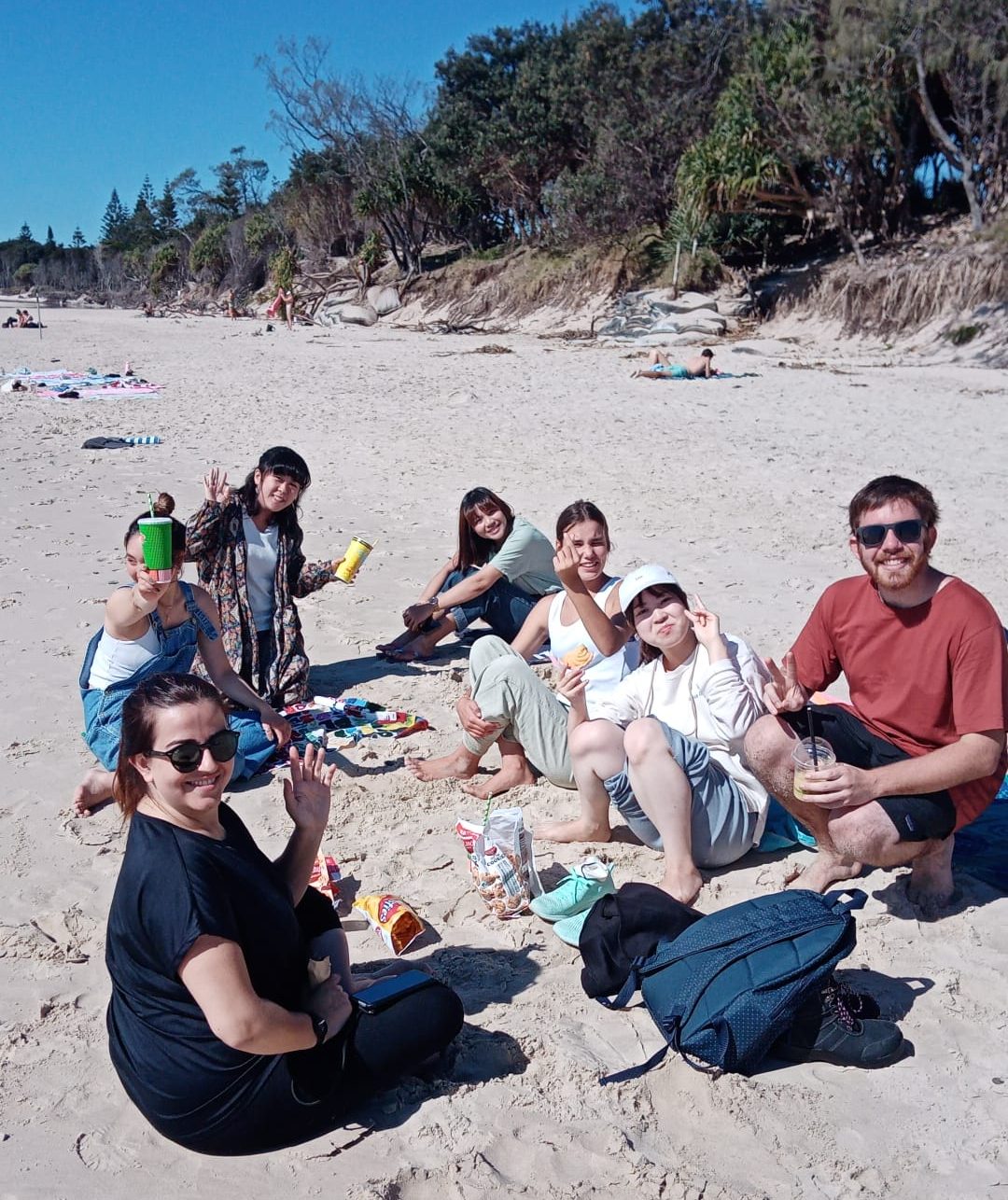 They talked about the beach, where they like to swim and what they are scared of.

There are a few common things most of the people are scared of, when going into the ocean:

Interesting enough, seaweed is quite high on the list of things in the ocean that cause the highest level of ocean anxiety – especially in children. Seaweed is one of those ‘creepy’ things that scrape across your legs and come out of the blue giving you an instant concern of ‘what’s that!’. Seaweed can also be slimy and harbor all sorts of creepy crawlies which adds to it’s eww factor.

To overcome your fear of seaweed, get to know it better. Did you know seaweed is the core ingredient in sushi, ice cream, shampoo, toothpaste and makeup to name a few. As a type of marine algae, it’s also responsible for producing up to 70% of the world’s oxygen. Find some on a beach, pick it up and play with it. 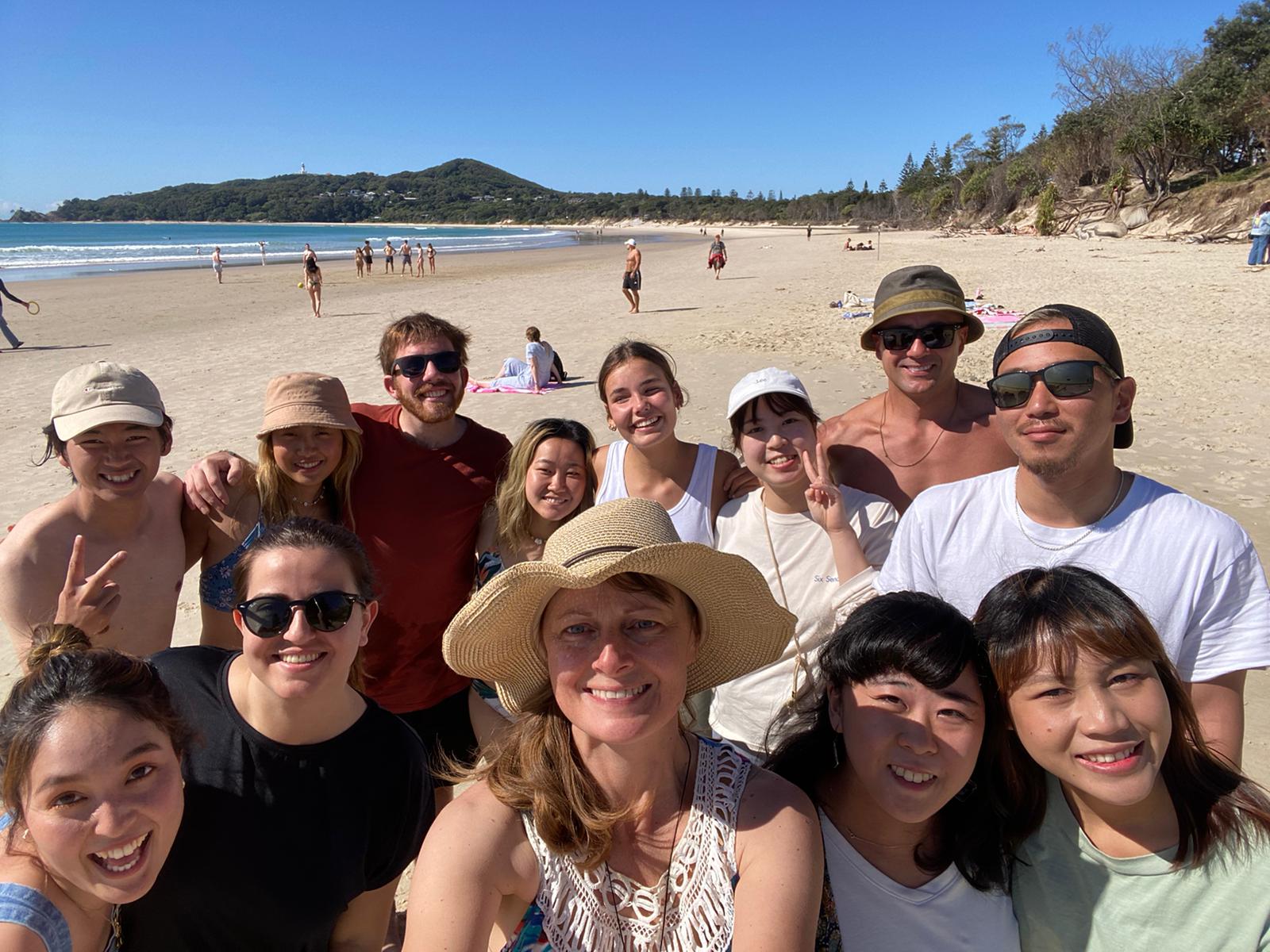 Considering the majority of people can’t swim, and more again can’t even float or tread water, it’s hardly surprising that deep water is high on the list of ocean anxieties. It’s not just the fear of not being able to stay afloat that makes this a popular anxiety, with deep water comes marine life and the ‘unguarded’ space below you as well as around you.

To overcome your Deepwater anxiety learn to float, tread water and swim. Overcoming your fear of marine life and the unknown can be accomplished by spending more time in the Deepwater environment. 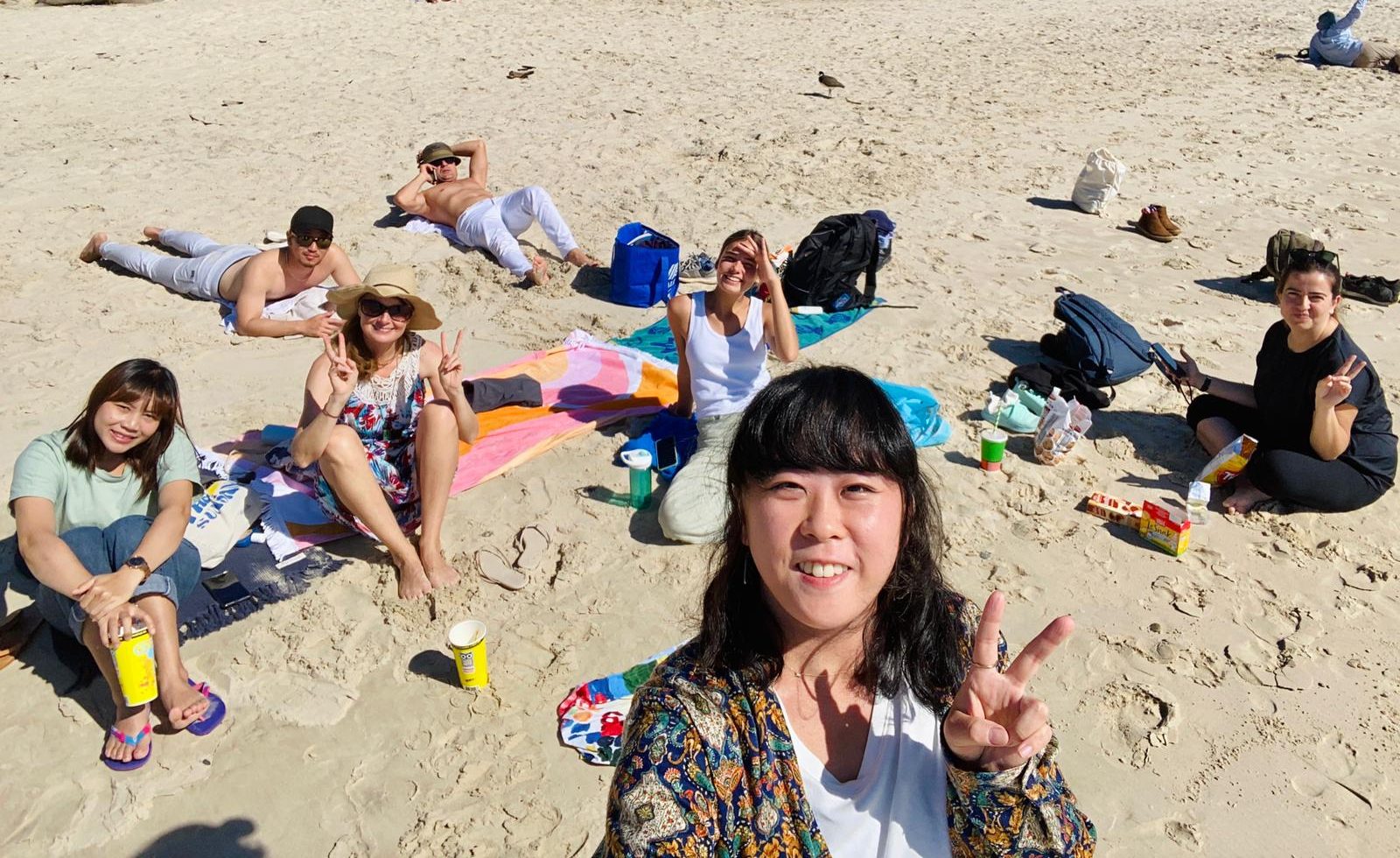 This one is pretty obvious. Between Hollywood, sensationalist media reporting and a lack of understanding of this magnificent marine creature, sharks have received a bad rap. Of course, it doesn’t help that the occasional beachgoer is ‘attacked’ by a shark. For many of us, being attacked by a shark rates up there with the most terrifying thing that could ever happen to us. There wouldn’t be many seasoned watermen out there that don’t have even a little anxiety when it comes to sharks.

To overcome your fear of sharks is not easy, in fact, I’d say it’s the hardest to overcome – the chances are there’ll always be a slight anxiety sitting in the back of your mind. You can put your mind at ease by learning more about sharks, dispelling the popular myths and putting your faith in the fact that statistically, you’re more likely to die in a car crash on the way to the beach than by a shark attack. In fact, shark sighting are so rare you should celebrate and soak up the moment if you do see one – knowing it doesn’t really have any interest in you.

At lunchtime our activity was having an Australian BBQ!

A Sausage Sizzle (also referred to as ‘sausage in bread’ or a sausage sandwich) is a grilled or barbecued food item and community event held in Australia and New Zealand.
A sausage (most commonly beef or pork) is served in sliced bread or a hot dog bun with grilled onions and various condiments, most commonly tomato sauce, barbecue sauce or mustard. Sausage sizzles are often served at community events in Australia and New Zealand, and have become common features in the cultures of both nations. The term “sausage sizzle” came into common use in the 1980s and is used to describe either the food item itself, the barbecuing technique or the nature of the event it may be served at. 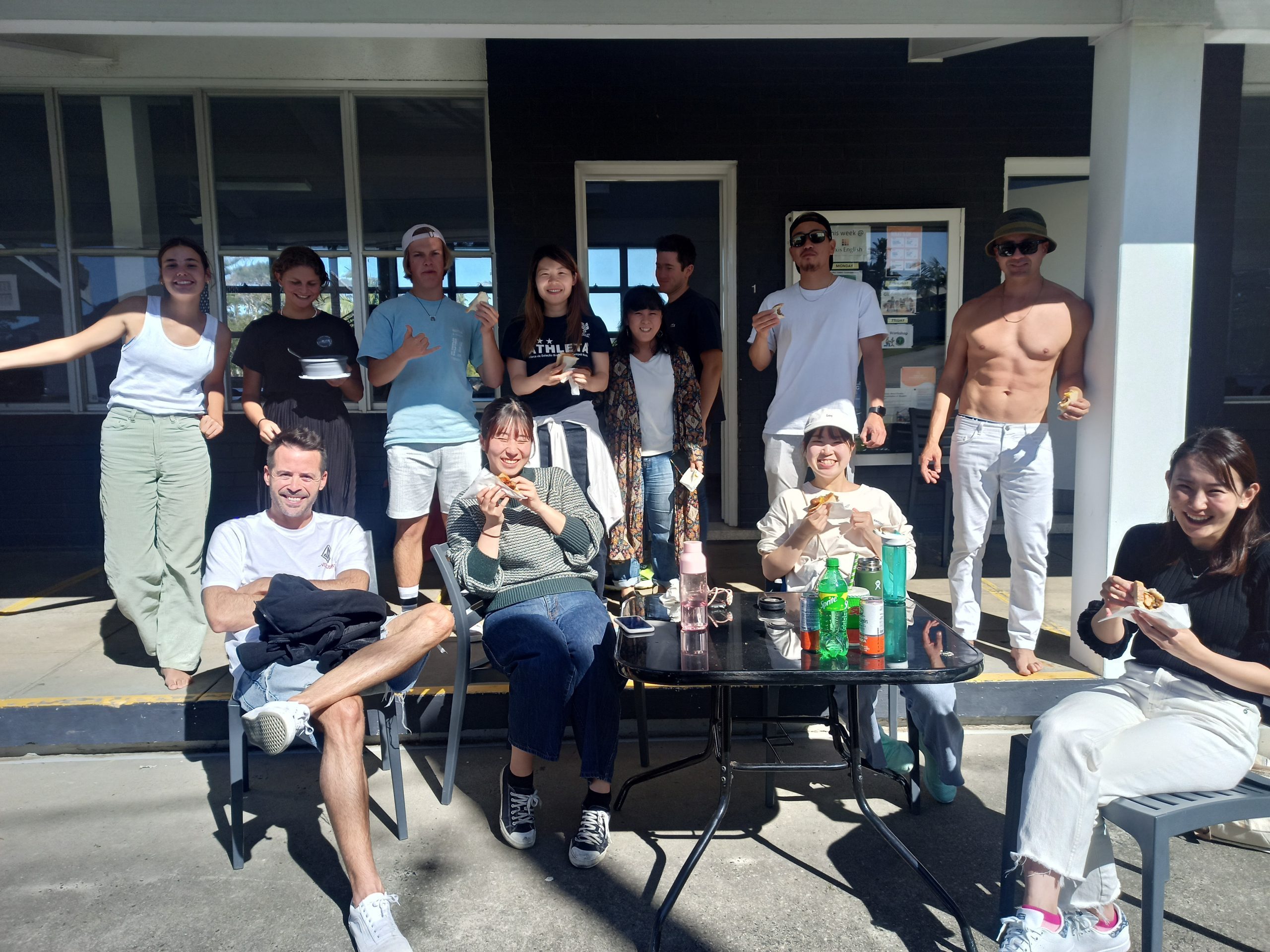 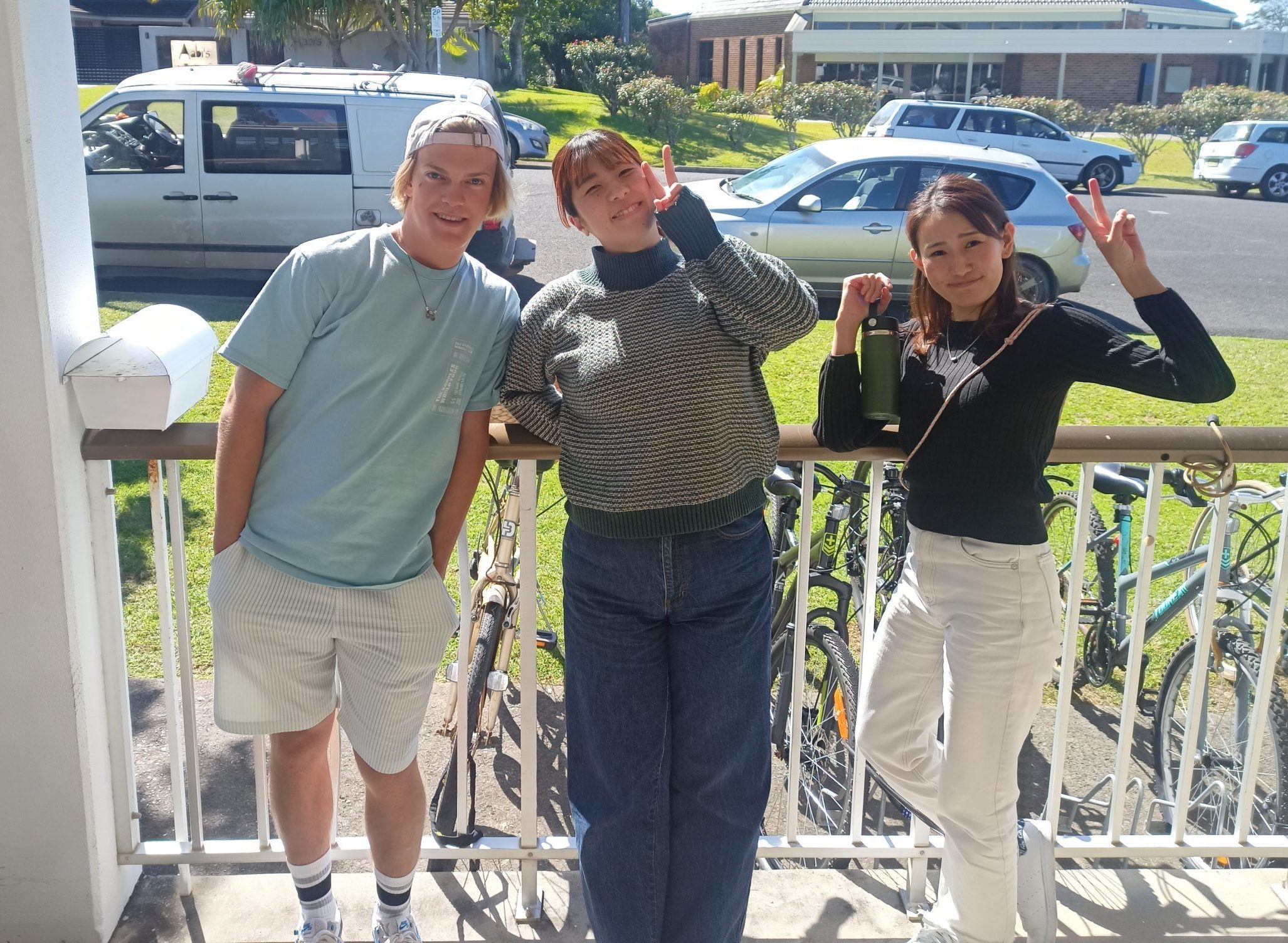