Are you looking for something fun to do this weekend? Keep reading to find out what's happening around the Sunshine Coast 😊. 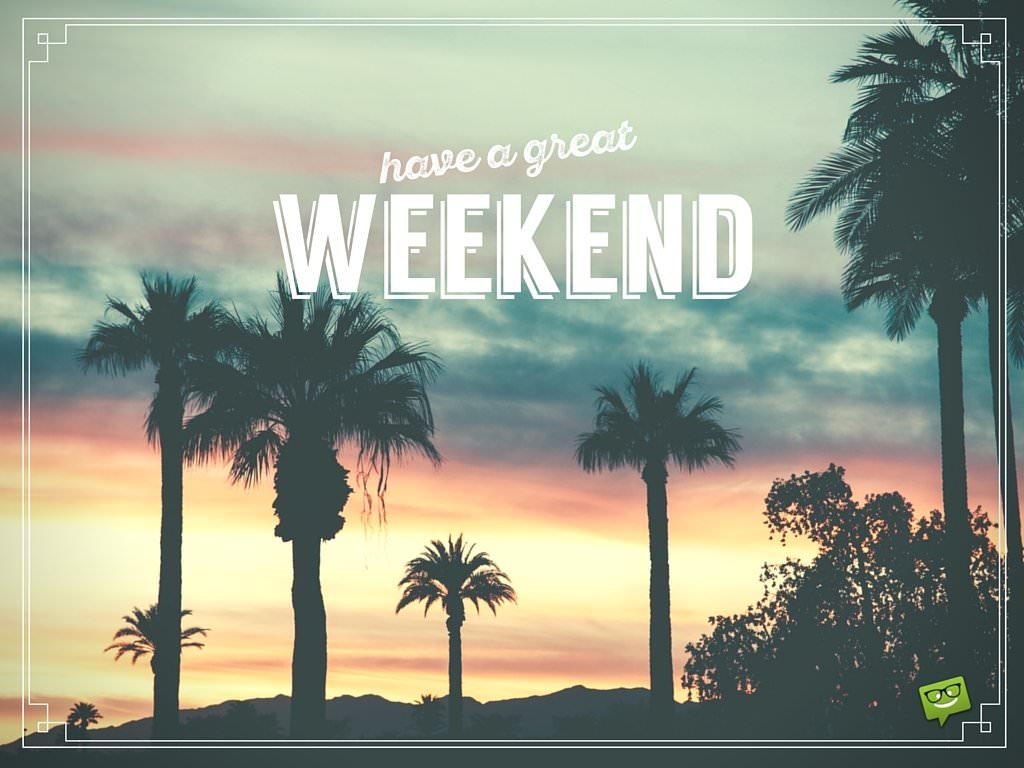 Austin Mackay ‘Without You’ Tour w/ Gaudion & Make The Moon – 2020 was a huge year for 19 year old, Singer/Songwriter, Austin Mackay. From supporting a number of established, Australian acts including: Kim Churchill, Boo Seeka and The Dreggs, to releasing his Debut EP and selling out two headline shows in his hometown of Newcastle. Already having created major waves in the Australian Indie/Folk scene, 2021 brings a whole new wave of excitement for Austin’s career, as he takes to stages across Australia, touring his brand new music. Austin’s music is sure to take you on an emotional journey though both the highs and lows of his life and past experiences. Combining this with his energetic and captivating live presence, we ensure that this is a show that you do not want to miss.

DAISY & THE WHITE JACKET play songs of sensitive self-reflection and social commentary ranging from upbeat tunes that’ll urge you to do anything but stand still, to sombre ballads that will leave you knowing in times of darkness you truly are not alone, Daisy & The White Jacket (‘Daisy’ for short) well and truly offer up a pallet of colour that’ll make you want to break out that alter ego as well as soothe the soul. The fellas take a lot of inspiration from Aussie big guns Holy Holy, Matt Corby & Powderfinger just to name a few as well as international favourites Arctic Monkeys & Queens of The Stone Age again… just to name a few.

VELVET RADIO sunshine coast four piece, playing smooth rock. MILO HUNTER is a solo music project built around a DIY aesthetic with the bizarre and beautiful at the base. With a handful of experimental single releases at the end of 2018, “Zam-Zammah”, his debut EP (April 2019), showcased Milo Hunter’s unique “weirdo” take on pop
song writing. “Lux Flakes”, his follow up EP was released later that same year with bloggers drawing eclectic comparisons between the War on Drugs and Daniel Johnston. The live birth of his bedroom project happened in early 2020, seeing a six-piece band delicately comb through an already impressive array of songs with maturity and dynamic precision. What Milo Hunter delivers as an artist is something fresh, a dip in the fountain of youth and fish slap to the face.

Description: The Bluff Bar Presents: Sunset Friday’s / ft. Brian Carlon and Alexis & Suzie
Join us at the Alex Surf Club for what is set to be an amazing afternoon with a Sunset DJ, Live Music and plenty of specials! Grab your friends and hit the dance floor for a night to remember…We look forward to seeing you there

Description: We’re back!! All the stars are aligning for a magical Full Moon Dance on Saturday, April 17 with the mega headlining favourite VAUDEVILLE SMASH supported by MAPSTONE, SKYEATER and DJ ROLAND. Jam packed with soulful beats and good, hearty vibes, this Full Moon Dance will be an absolute treat for this long awaited return of these iconic shows.

VAUDEVILLE SMASH
Made up of three brothers and two mates, no other Australian band sounds like them. An explosion of funk, flute, sax, synth and groove, the dance floor is packed at a Vaudeville Smash gig, the crowd goes wild.
“I’ll be damned if Vaudeville Smash aren’t the most mind-blowingly refreshing live act to emerge from Melbourne since God knows when.” – Beat Magazine
Melbourne’s Vaudeville Smash have carved their own niche, building a formidable following in Australia and around the world. Their national and international adventures have seen them tour Japan and the Sapporo Jazz Festival, grace stages in New York, South by South West in Austin, Singapore, Toronto, Spain, Italy, as well as numerous Australian festivals, including Woodford Folk Fest, Secret Garden, St Kilda Music Fest (Main Stage), Blues On Broadbeach & Bello Winter Music to name a few.
Vaudeville Smash continue their ongoing musical evolution, teaming up with Nashville’s Grammy Award winning producer, Bobby Holland, to record their third studio album, set for release early 2021.
MAPSTONE
Combining voice, didgeridoo, bass, percussion, guitar and hammond organ, Mapstone infuse the dancefloor with an uplifting and enticing sound. The lyrics and music are powerful and take the listeners and dancers on a deep journey; some say transformative; some say awakening. Their music is from the heart, for the heart and of the heart. You’re going to LOVE this 5-piece powerhouse band. Steeped in conscious lyrics, thoughtful grooves and an energy that is simply captivating.
SKY EATER
Hailing from the Byron Bay Hinterland, Sky Eater is the daring ‘mermaid trip-hop dub’ story of two multi-instrumental musical warriors: sax-wielding Chelsea Skyeater, armed with honey vocals, powerful lyrics, lush flute and keys – and dub soldier TK Bassdread with his artillery of beastly bass, beats, vocals and live dubs. The icing on this reggae cake is an additional full femme horn section who add their lush vocal harmonies and killer dance moves. They’ve released two EPs, two Singles and have an album currently in the works, have toured extensively in Australia and NZ and are often noted as one of the hardest working acts in the Byron Shire. Sky Eater are not to be missed!
DJ ROLAND WEST
Will be keeping the garden pumping with a rad set of unexpected tunes and infectious sounds.
REFRESHMENTS
Unleash your free spirit and get caught up in the sound waves…and when you need a breather the Verrierdale Hall will have food and beverages available. All proceeds go straight back to the community so we can continue upkeep this amazing venue.
This is licensed event – Over 18’s only.
TICKETS
Pre-sale tickets are $30 + bf Online at Oztix: https://bit.ly/3rMaDIx

Description: Cotton Tree Market will be on this Sunday from 7AM – 12PM, so be sure to grab your mates and come check out all of your fave stalls and discover new ones too. Enjoy a yummy breakfast or lunch, enjoy the local market goodness supporting Sunshine Coast designers every week and be a part of this awesome community event. Find clothing, jewellery, gifts, books, plants, home-wares and many other surprises all set in amongst the gorgeous Cotton Tree shopping village precinct and yes, that means endless coffee options and treats with the beach nearby!

By coming along to our Sunday morning Market, you are assisting Bloomhill Cancer Care help others! Cotton Tree Market is a not-for-profit event that raises much needed funds through stallholder fees that directly supports the amazing work of Bloomhill, who are there every day of the year for Sunshine Coast people living with cancer and their families. See you there on SUNDAY!

Description: Join Elodie every Sunday afternoon at 4:30 pm for a relaxing sunset yoga session in Nelson Park at Alexandra Headland. This class is suited for all levels of experience, and beginners are welcome and encouraged to attend. Elodie is a 200-hour Rocket Vinyasa Yoga teacher and keen Yogi and loves to share Yoga with as many people as possible. Yoga helps to cultivate health and wellbeing on a physical, emotional, mental and spiritual level!

As usual, all TKC events are hosted on a donation basis. Your presence is the greatest gift, but any contributions are hugely appreciated to assist our hosts

Please bring your mat or towel, water bottle and friends

Desciption: An afternoon of live music riverside in the beautiful Charles Clark Park, Mooloolaba. On the 3rd Sunday of each month, join us for live music by the beautiful Mooloolah River.
Life is just better with live music and sunshine! Grab your picnic rug and relax with friends and family as you enjoy original songs by our homegrown Sunny Coast artists . . . some you know and love some you will discover for the first time.

FEATURE ARTISTS
April: Lizzy Lamborn + SoLar + JC & The Tree
May: Tess Fapani + Alivan Blu
June: Karlou + The Lyrical
By purchasing this ticket you agree to maintain a 1.5m distance between yourself and other attendees. If you are unwell or have a cough, fever, sore throat, fatigue or shortness of breath. please do not attend the event. Self-isolate and seek medical advice

Description: Join us at Fish on Parkyn for out next Live Music Sunday event! Music from 5pm-8pm by local artist Sam Bannink. Bookings are essential. Head to our website for more information and to book

We hope you all have a lovely weekend!