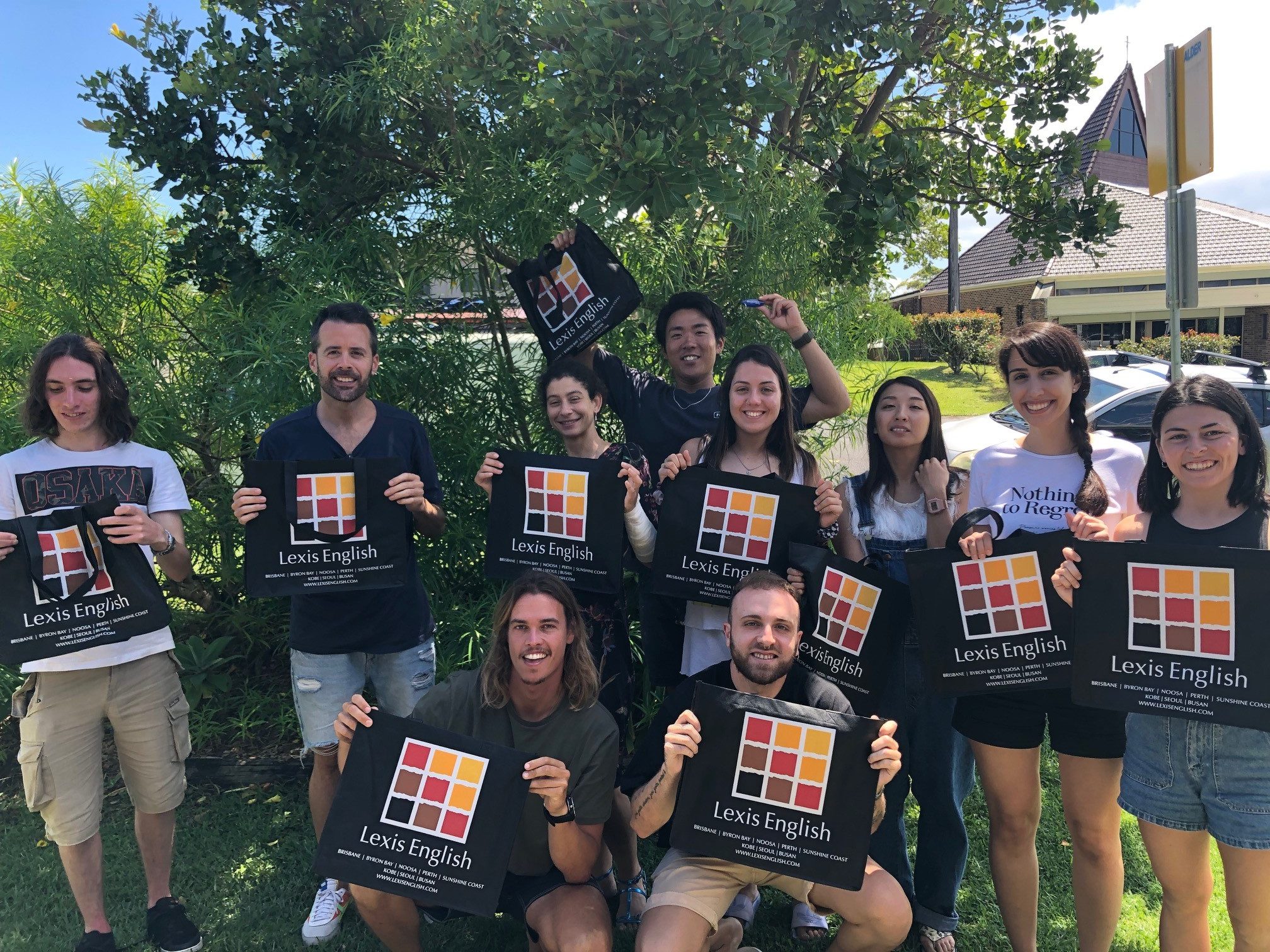 The borders are open and the students are back! Yesterday, Lexis Byron Bay kicked off with 10 new students (and another one joined us today).

Everyone was very happy to finally be able to follow their dream of studying English in Australia. Some students had been waiting as long as two years to be able to do so. Here’s a little bit more about the first class of 2022.

Back row, from left to right:

Lorenzo has come from France and is very happy to be in Australia at last. He is on a working holiday visa and plans to go fruit-picking after finishing his studies. He is currently at Pre-Intermediate level, having learned English a bit at school and then continued to practise alone, using video games, music and TV. He finds listening hard, especially with native speakers, and his goal is to become more fluent by the end of his 12-week course.

Javier, from Spain, is at the beginning of a new start in life. He is potentially planning to stay in Australia long term and will probably enrol in a vocational course when he has completed his 24 weeks of English study. He had private English lessons in Spain and prepared for Cambridge PET but said he found the listening part difficult. He tested at Intermediate level, overall, so should be able to reach a high level of English by the end of his course.

Daiana, from Italy, tested at Elementary level but is really enthusiastic and keen to learn, and is already chatting away with other students. She likes fishing and dancing, and is travelling with her partner who is also Italian but has promised to practise English with her.  She is a hairdresser in Italy and hopes to be able to work in Australia, eventually.

Akira, from Japan, is a returning student, who already studied 17 weeks with us before Christmas. Happily, in that time he improved from Elementary to Pre-Intermediate level and is already a very confident speaker. Akira has fully integrated into the Byron community. He has three jobs, performs in a Japanese drumming group and can be found surfing the Pass most mornings.

Tania, from Spain, chose Byron Bay because she loves surfing (and dancing and sports in general). She is travelling with her two friends: Paula and Alex (see below) and will study for a total of 16 weeks. She is currently Intermediate level and would like to achieve an FCE pass at some point. She finds speaking most difficult and is hoping to improve her fluency while here. She may decide to extend her stay but her ultimate goal is to become a police officer in Spain.

Miyu, from Japan, also loves surfing and the beach. And she has a 4 year plan all worked out. She will study English first, then spend a year in Australia on a working holiday visa and then study Remedial Massage on a student visa. She needs IELTS 5.5 for this. She said that she finds listening and writing most difficult and enjoys speaking but is not confident. She tested at Pre-Intermediate level so I’m sure that she will be able to achieve IELTS 5.5 before the end of her 36 week course.

Katherine is another arrival from Spain although she is originally from Venuzuela. She works as a computer programmer and her passions are hiking, salsa dancing and cooking desserts. She wants to improve her English (currently Pre-Intermediate level) so that she can get better work opportunities. She said she chose Australia because of the nature and the lifestyle and that she is looking forward to returning to Spain with many stories to tell.

Paula is travelling with Tania and Alex and is also from Spain. She also loves sports, especially rugby and beach sports. She is currently Pre-Intermediate level and wants to speak fluently to communicate well in her job and studies as a sports scientist. She also intends to do future study in Psychology.

Front row, from left to right:

Sergio has recently finished training to be a primary school teacher but is keen on all aspects of teaching. He has also recently opened a surf school in Spain with a friend. He is here for a gap year and to ‘surf every day in perfect waves’. He told me that he chose Lexis English after his friend went to Lexis Noosa and had a great experience there. He is currently Pre-Intermediate level and finds listening difficult, particularly different accents. He would love to be able to speak more fluently by the end of his 12 week course.

And finally, Alex, who is travelling with Tania and Paul, wants to improve ALL his English skills. He is currently a high Elementary level and feels that vocabulary is his strength as he is interested in words. He also loves all sports especially football and works in Spain as a personal trainer and swimming coach. He will study at Lexis English for 16 weeks and hopes to improve his speaking and communication skills in that time. 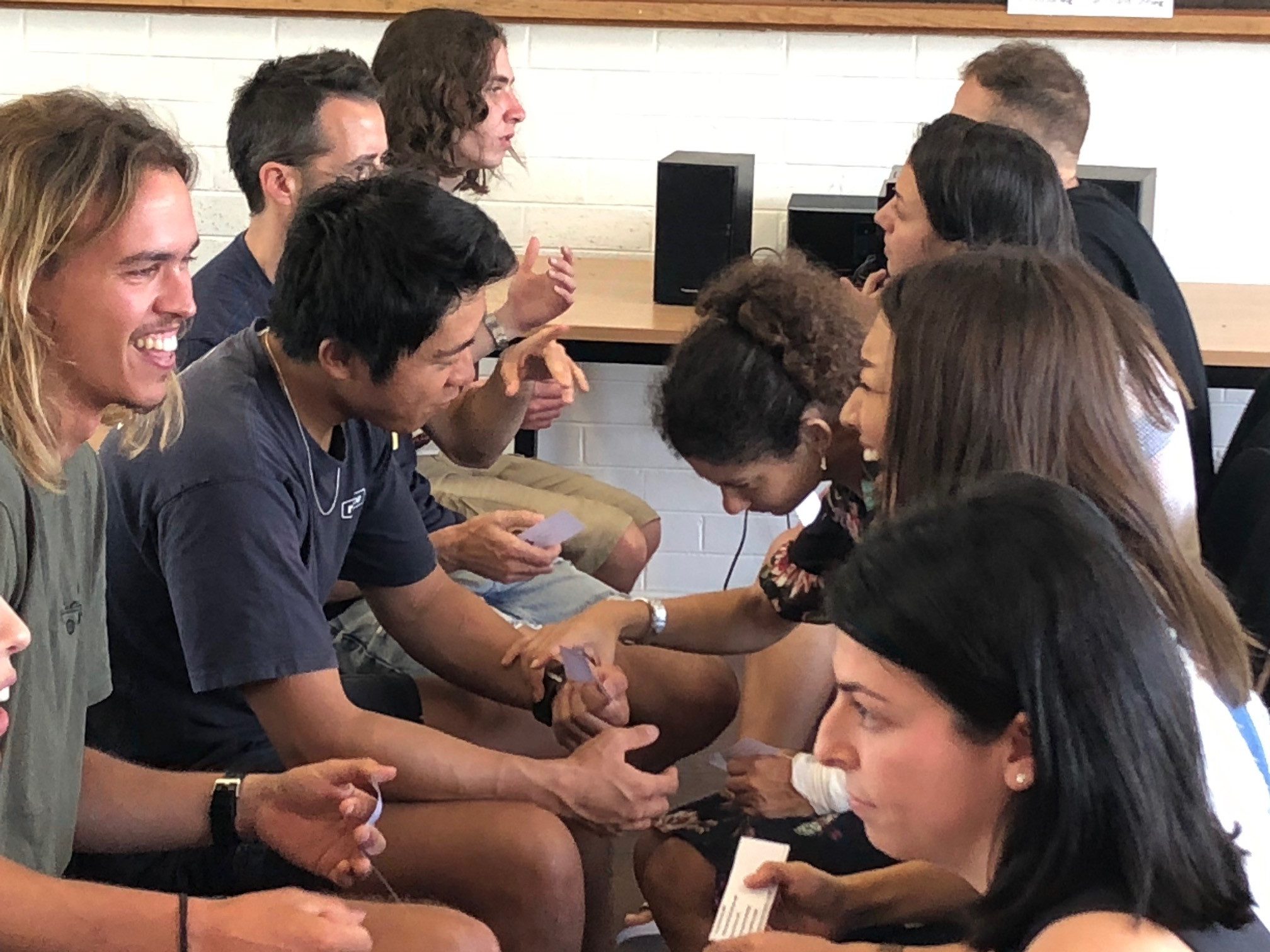 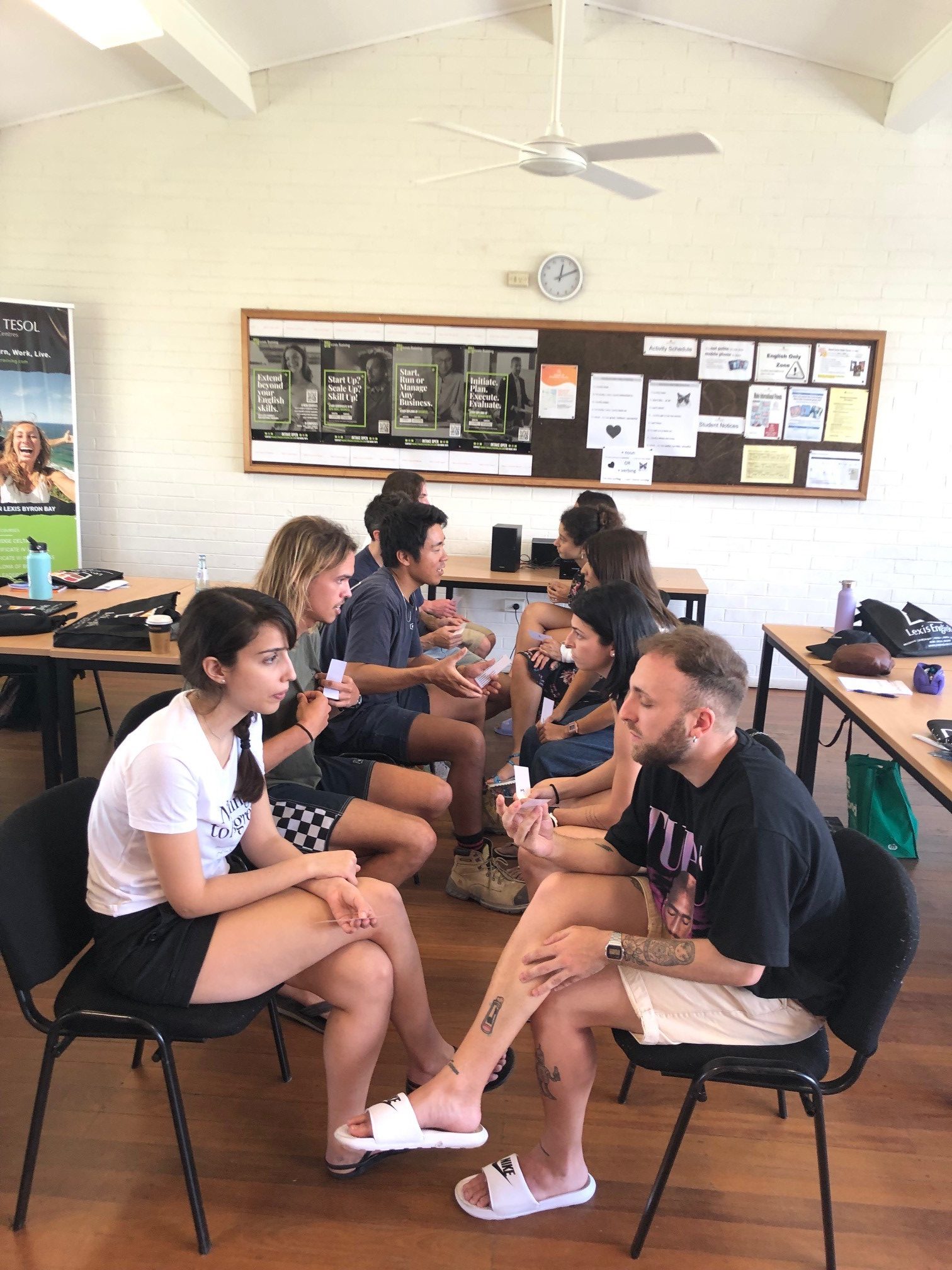 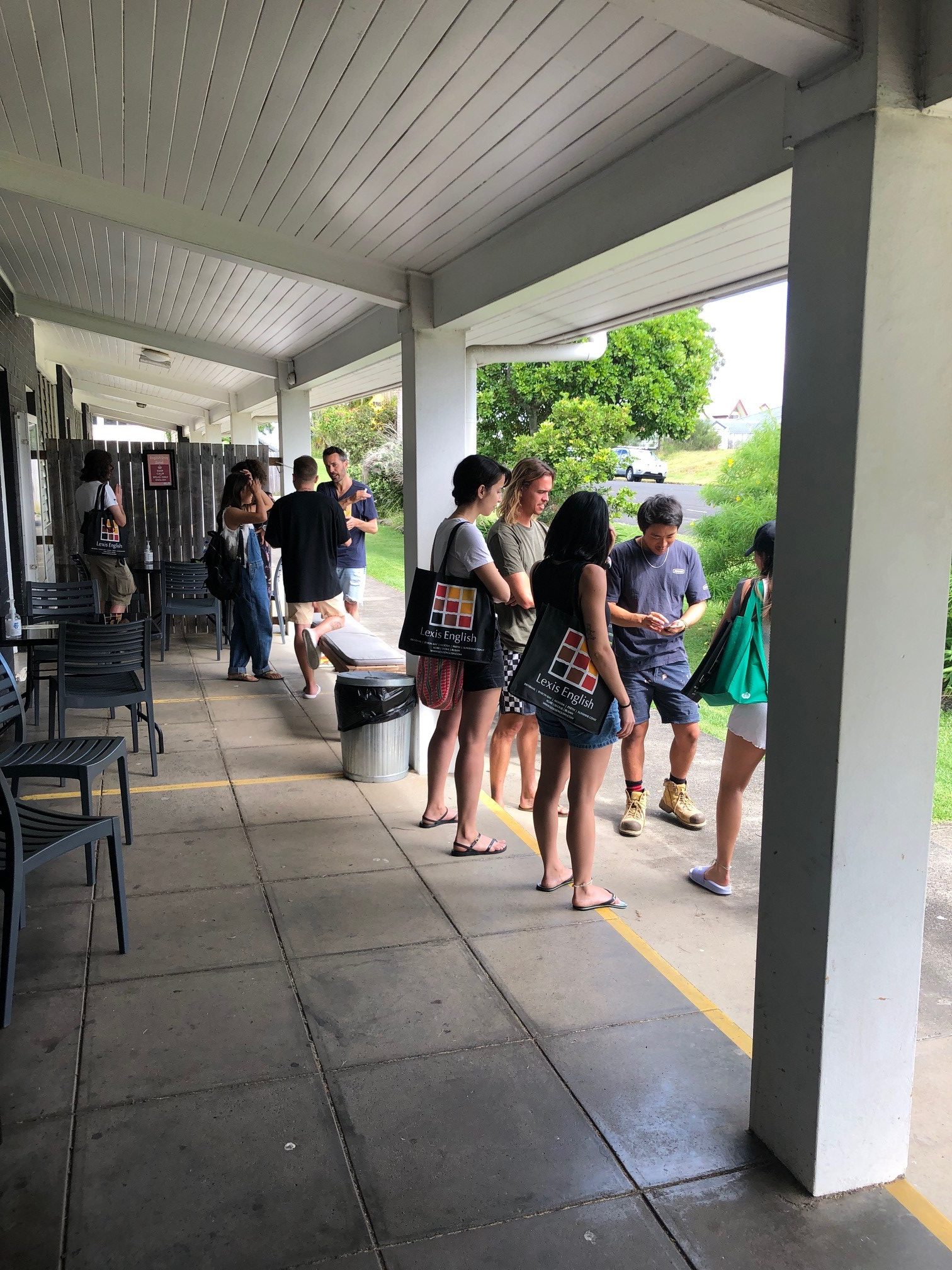