Let’s go Surfing is one of our local surf school. Once a months they come and pick up our students for a beginner surf lesson.

This Wednesday 12 of our students signed up for this lesson and they went with 3 surf teachers to the Main Beach in Byron Bay.
Many of the students have never surfed before and the Let’s go surfing team took time to explain the basics for the students.

Before entering the water, every surfer observes the spot: where and how often waves break, where is the lineup, the peak and the channel for getting back to the lineup after riding a wave. How strong is a shore break and where is better to go into the water.

Be aware of shore break and rip currents.

Some “rules” while in the water:

The surfer closest to the highest point of the wave (the peak) has the right of way on the wave. This means that if you are catching a wave on the right-hand side of its peak and a surfer to the left of you intends to catch the same wave, this surfer has priority and you must get out of their way.

To drop in on a surfer means to disrupt their path on the wave, by taking off on the same wave in front of them. Dropping in on someone is extremely annoying and not to mention dangerous. 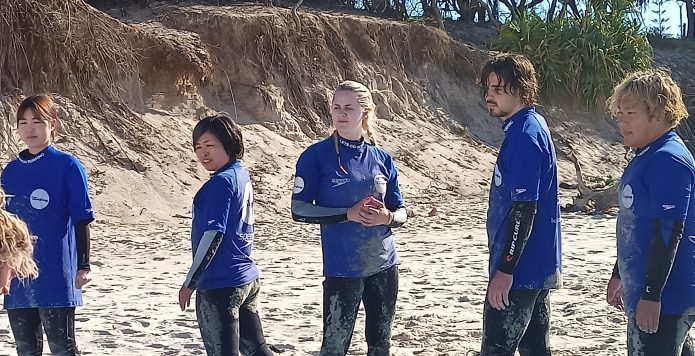 To snake someone on a wave means a surfer paddles around another surfer in order position himself to get the right of way for a wave. Whilst this does not put anyone in any immediate danger, it is incredibly frustrating. When surfing there is something called a line-up. This is basically a line for catching waves, and snaking someone means you cut in, something that is not accepted by surfers, and will cost you a great deal of respect.

Do Not Throw Your Board

Ditching your board before diving under a wave can be very dangerous, especially if it is crowded. Try to maintain control of and in contact with your board at all times, surfboards are large and heavy and ditching it before you dive under a big wave will eventually lead to someone getting hit in the head. This rule is especially difficult for beginners but building these habits early on will make it much easier in the future.

Communicate What Will You Do

A quick yell, “yep!” or “I’m going left/right!” will allow for other surfers to have sufficient time to get out of your way or decide if they want to catch the wave in the opposite direction. It is important that your communication remains positive so that you do not lose the respect of other surfers in the water.

Give Respect to Gain Respect

Respect is large in the surfing community, and you have to earn it. By following some simple surf etiquette, you will earn the respect of surfers in the line-up and this will make both your surf and their surf safer and more enjoyable.

Remember: The best surfer out there is the one having most fun!

Find out more about the basic surf rules here

A few of the students already managed to stand up! 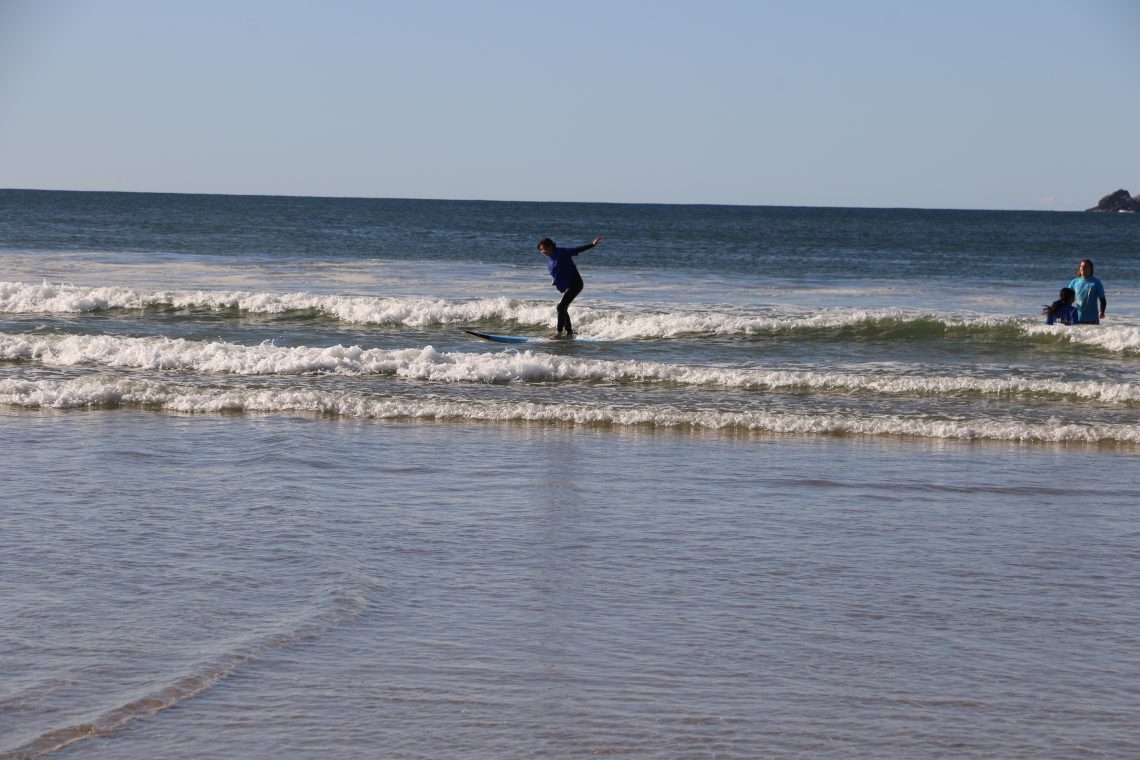