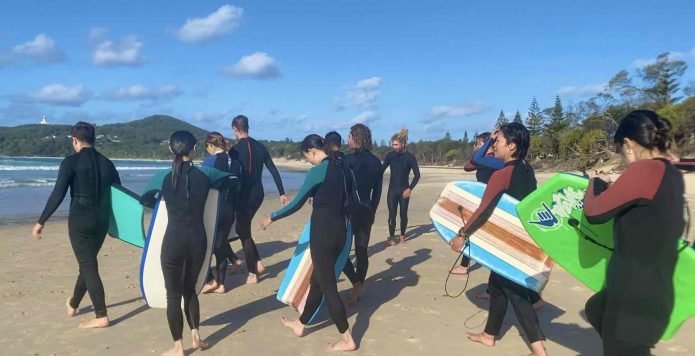 Bodyboarding is a water sport in which the surfer rides a bodyboard on the crest, face, and curl of a wave which is carrying the surfer towards the shore. Bodyboarding is also referred to as Boogieboarding due to the invention of the “Boogie Board” by Tom Morey in 1971. The average bodyboard consists of a short, rectangular piece of hydrodynamic foam. Bodyboarders typically use swim fins for additional propulsion and control while riding a breaking wave. 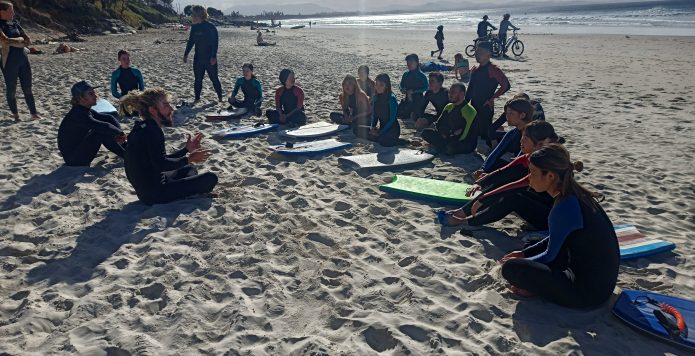 Bodyboarding originates from an ancient form of riding waves (surfing) on one’s belly. Indigenous Polynesians rode “alaia” (pronounced ah-lie-ah) boards either on their belly, knees, or feet (in rare instances). Alaia boards were generally made from the wood of Acacia koa and varied in length and shape.[1] They are distinct from the modern stand-up surfboards in that they had no ventral fins.[2] Captain Cook recorded seeing Hawaiian villagers riding such boards when he came to Hawaii in 1778.

The boards he witnessed were about 90 to 180 cm (3 to 6 ft) and were ridden prone (on the belly) or on the knees. Alaia boards then evolved into the more modern “paipo” (pronounced pipe-oh) board. Paipo boards were either made of wood or fiberglass. Fiberglass boards usually had fins on the bottom.[3] Tom Morey hybridized this form of riding waves on one’s belly on a paipo to his craft of shaping stand-up surfboards. 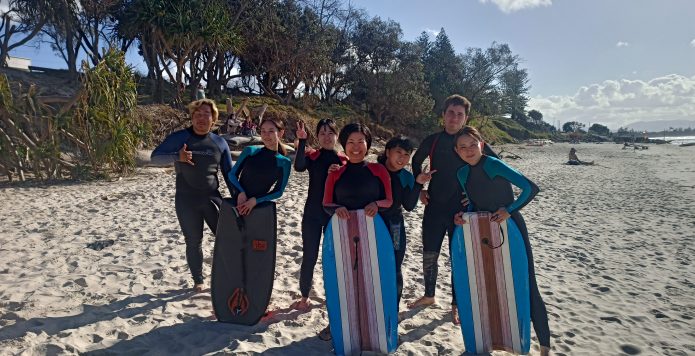 Bodyboards are shaped to the rider’s specific needs and preferences such as height, weight, and form of riding.
Three basic forms of riding a bodyboard include prone, dropknee, and stand-up. 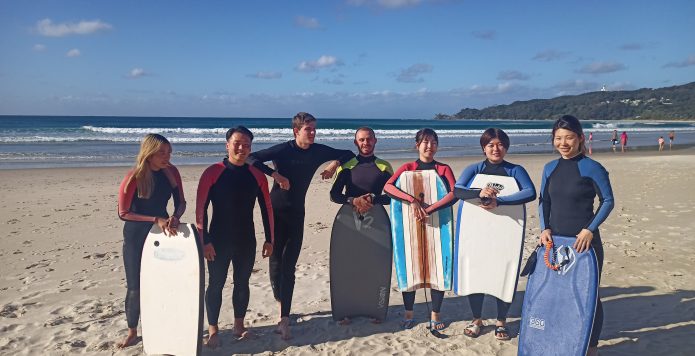 Dropknee is when one places their preferred fin forward on the front of the deck with the opposing knee on the bottom end of the board with their fin dragging in the water. Dropknee was first pioneered in the late 1970s by Hawaii’s Jack “The Ripper” Lindholm and sometimes referred to as “Jack Stance”. Unlike fiberglass stand-up surfboards, the bodyboards dropknee riders use don’t have fins underneath to help maintain a line on the face of a wave or to stop them sliding out so dropknee riders rely on weight transition from rail to rail to hold a line on a wave and turn/snap. On the other hand, the benefit of not having fins underneath the board is that a rider can spin 360 (forward and reverse). 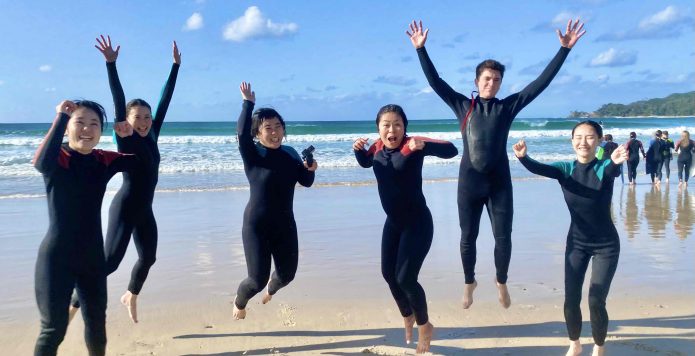 Stand-up
Stand-up consists of standing upright on the board and performing tricks on the face as well as in the air. While it isn’t quite as popular as the other two forms of riding a bodyboard, three notable figures that popularized it are Danny Kim, Cavin Yap, and Chris Won Taloa.[5] 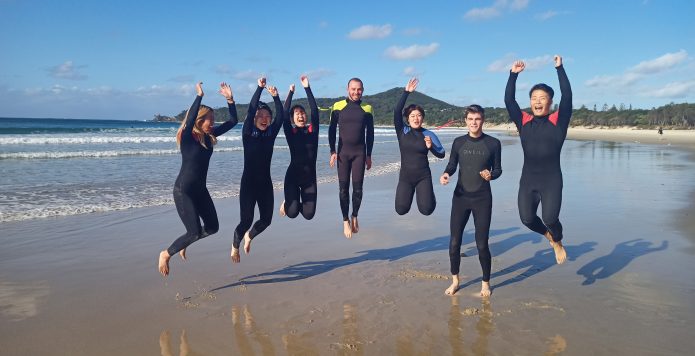 All the students had a lot of fun in the water !

If you want to find out more about Bodyboarding, please click here

Next week, we try out surfing! 🙂