Today we are thrilled to welcome our eight new students from Switzerland, Spain and Brazil. 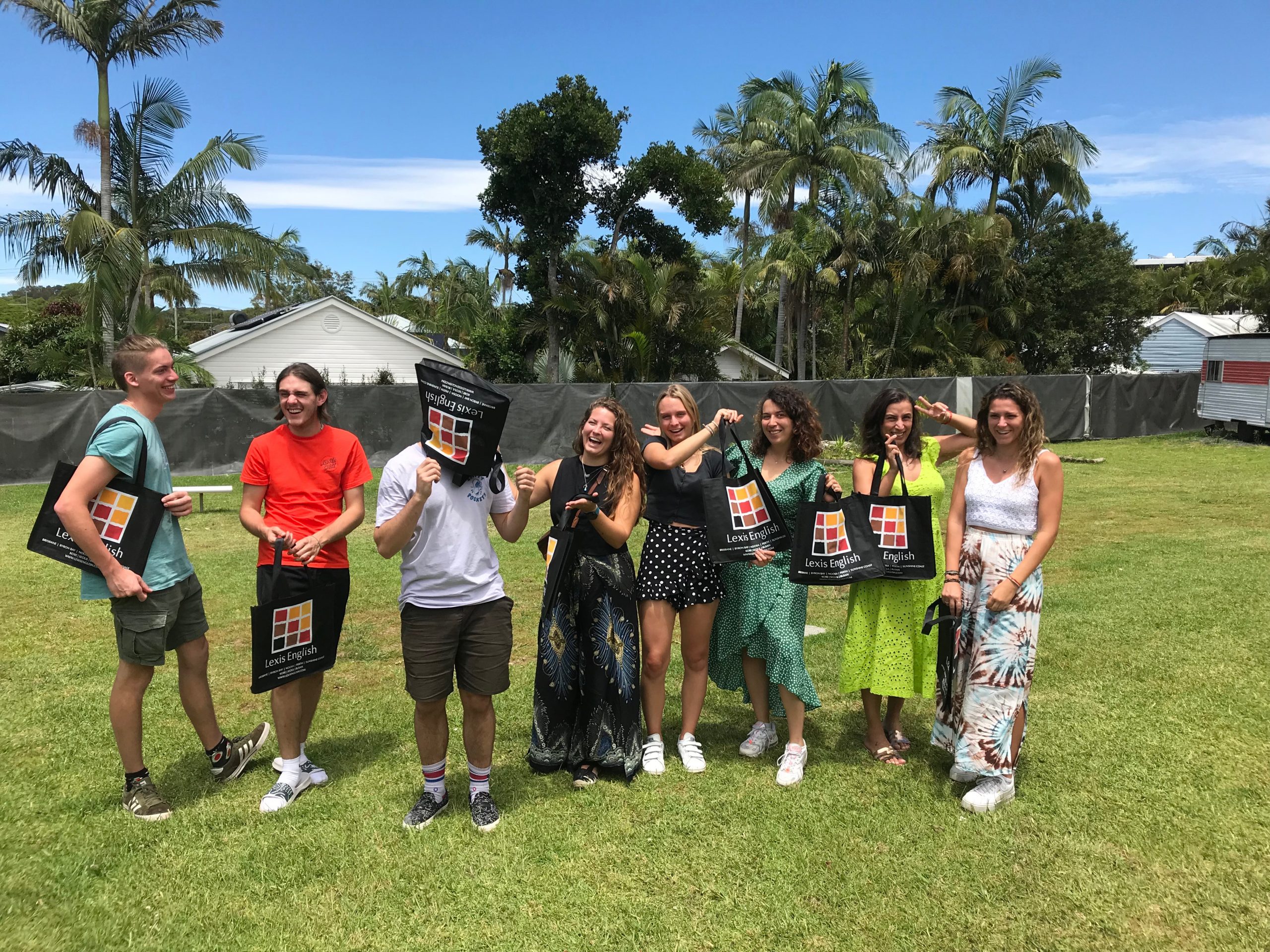 Simon joins us from the German part of Switzerland. Simon comes to Australia in hopes of finding out what he wants to do in life. He is completing our English and Surfing program which involves part-time General English with surfing lessons. He is appreciating the beautiful starry nights in Byron Bay, as back home the light pollution blocks out most stars.

Justine also joins us from the German part of Switzerland. While in Byron Bay, Justine is excited to improve her English especially her speaking and vocabulary and improve her surfing skills. She will also celebrate her 19th birthday in Byron Bay!

Pascal also joins us from the German part of Switzerland. He chose to study English in Australia as his friends will be travelling to Australia shortly. Together they will travel down to Sydney and then Pascal will continue his English studies in Sydney.

Leticia joins us from the French part of Switzerland. Leticia is completing one week of General English and then four weeks of our English and Surfing program. Leticia loves to travel, explore and eat foreign foods. She is studying English partially because it is an excellent skill for travel. For the same reason she would like to learn Spanish as it is widely spoken around the world.

Nathan also joins us from the French part of Switzerland. Nathan wants to improve his English so that he can confidently travel the world. He chose Australia because of the world-class beaches and pleasant climate. In the future, Nathan hopes to work as a cook in the USA.

Julia and her sister Maria join us from Catalonia, Spain. Julia is the older sister and in Spain she worked as a teacher. While in Byron Bay, Julia wants to improve her English, learn to surf and gain employment as a waitress or bartender.

Maria is Julia’s younger sister and recently graduated from university with a degree in sports sciences and physiotherapy. She is studying English as it is necessary for pursuing a master’s degree and chose Australia after being convinced by her sister that it was an amazing place.

Renata joins us from Brazil. Renata is studying English to improve her job prospects in Brazil and Australia and chose Australia because of the country’s beauty and many opportunities. Renata is excited to be here in Summer and to embrace the Byron Bay lifestyle.