Our Monday Activity was overseen by our teacher Paul

Three of our students, Thales, Maho and Keiko joined him for a game of pool. 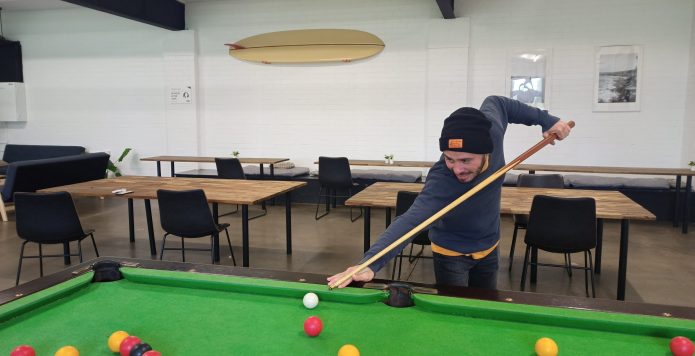 Pool is a popular game that is played all over the world by millions of people. However, there are many different varieties of the game, all with distinctly different rules and regulations. By far, the most popular forms of the game are the ones that originated in the USA, known as ‘eight-ball’ and ‘nine-ball’ pool.

Both are played on a normal sized pool table with the regulation six pockets, and both have multiple championships around the world. However, it is eight-ball that is the more common game – the one you’ll most likely see being played at your local pool hall and the one that most people first think of when the word pool is mentioned. 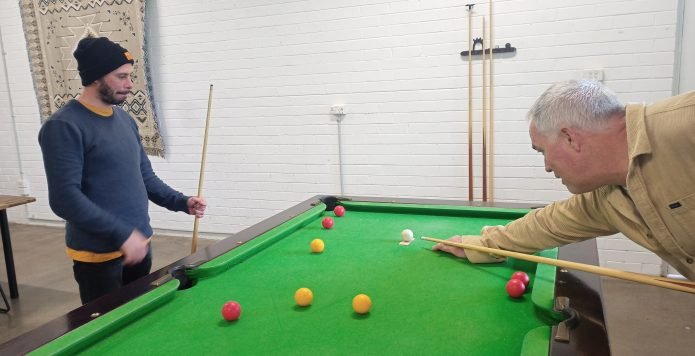 Eight-ball pool can be played as a singles or doubles game and is played with cues and 16 balls, 15 object balls, and one cue ball (the ball the players strike to try and hit the other balls). Pool can be a relatively high-speed game compared to its close relatives snooker and billiards but that makes it no less skillful with players requiring a high degree of skill, concentration, and tactical thinking to play the game at a high level. 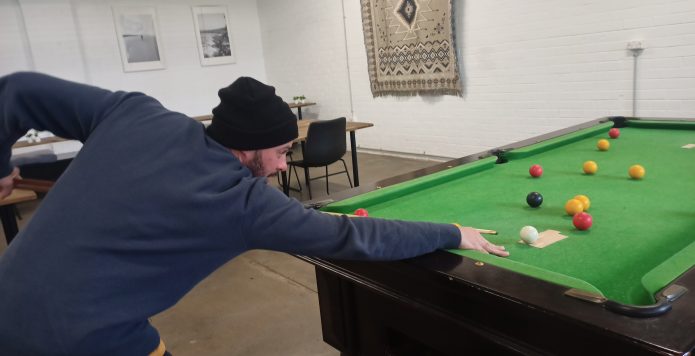 8 Ball pool is won when one of the following occurs:

The rules of pool are some of the most contested of any sport, with slightly differing variations being played in different countries, cities, areas, and even establishments. However, the World Pool Billiard Association (WPA) have produced a standardized set of rules for both amateur and professionals by which to abide.

If you want to find more about the rules, click here

Maho and Keiko had never played pool before, so Paul and Thales taught them the rules, how to hold the cue and pot all the balls. It was a fun afternoon spent speaking English! 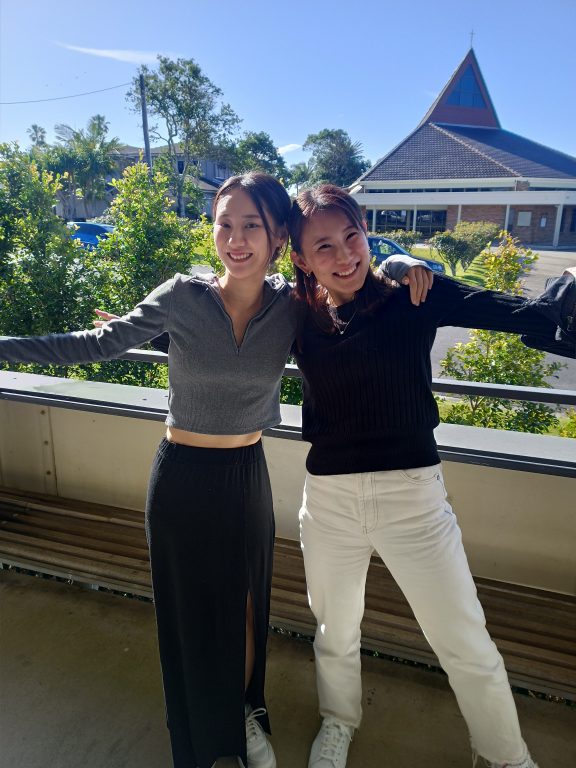