On Friday Maya’s class went on an exciting scavenger hunt to practise prepositions. 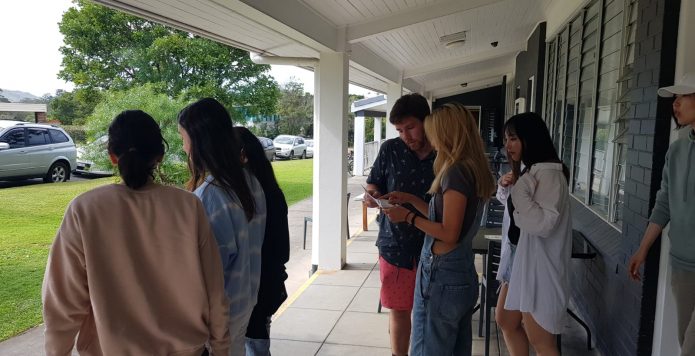 Students were given clues they had to follow which led them all around the campus.
Two teams followed teacher’s instructions to find chocolate and lollies. After finding the treasure, each team wrote down their own hunt and gave it to the other team.
It was great practice for prepositions like in, on, under and behind, and to practice giving directions, eg ‘Go downstairs’, ‘Go outside and turn left’

A scavenger hunt is a game in which the organizers prepare a list defining specific items, which the participants seek to gather or complete all items on the list, usually without purchasing them. Usually participants work in small teams, although the rules may allow individuals to participate. The goal is to be the first to complete the list or to complete the most items on that list. In variations of the game, players take photographs of listed items or be challenged to complete the tasks on the list in the most creative manner. A treasure hunt is another name for the game, but it may involve following a series of clues to find objects or a single prize in a particular order.

You can read more about scavenger hunts here

The hunt ended with some coffee and treats at the local café, the perfect way to finish a week of hard work! 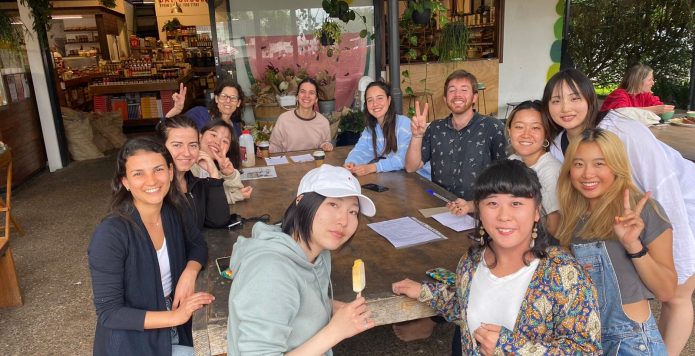